On Tuesday there was a big debate on the living wage.  This is a great aspiration and I haven’t come across anyone who would deny better wages to our lowest paid.

The Lib Dem/independent administration at Cornwall Council has said,   “We have no money, no choices”.   So they have been asking what services people would like to see cut. 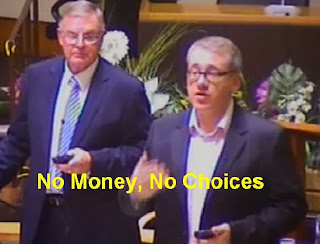 In the wider Cornish economy it would be hypocritical to increase wages to our staff while buying in services from others who do not pay it.   How will the Council control the wages of all their suppliers?  And would this put private sector jobs at risk?

While at the same time cutting a range of essential services, they think that it would cost the Council over £1 million to implement the living wage over the next five years.  But their figures are untested and do not include the knock-on impact it will have throughout the rest of the Council.  They estimate that it would also cost schools more than £5 million over the same period.

The real cost will be inflated by negotiations with the unions on maintaining the differentials of other pay grades - a cost described by officers as potentially 'huge'.