I was interested to see your article about the pro EU rally on Lemon Quay attended apparently by councillors from all parties.

I campaigned for Remain: I stood on the streets, door knocked in Daniell Road, banged on about it in my blog ('Eurosceptic Yes Brexit Delusion No'), was 'shunned' for 3 days at the (Royal Cornwall)  Show and was rubbished on the radio.

However, I saw no sign of other councillors campaigning for Remain in Truro.
They, of all people, should know that it is always best to campaign before the votes are cast.
Posted by Fiona Ferguson at 13:55 No comments:

Posted by Fiona Ferguson at 23:09 No comments:

Is it any wonder people do not trust the Council?

It was a bad day at Cornwall Council on Tuesday and not just for the wasted time and personal attacks coordinated by the LibDems.

It showed, and not for the first time, that media manipulation and political spin are more favoured than honest admittance of failure. And it indicates a rottenness at the core of the LibDem/Indy administration at County Hall.

In 2014, with much publicity, the Council became a 'Living Wage' employer. I expressed reservations about this; it was an exercise in tokenism as the Council did not propose to do it for indirect staff such as Cormac and carers.

Secondly, I was worried about its affordability when there would be a need to preserve other staff's differentials. These concerns were brushed aside.

However, apparently the Council quietly capped its obligations to pay the Living Wage at 3 per cent per year.

In October 2015 they were told the Living Wage would involve a 5.1 per cent increase.

Naturally, you would assume that the Council would pay 3 per cent (assuming you knew of the cap).  But no. The Council did not offer to pay anything at all. They took the view that the wording of the 'cap' was such that, if the increment exceeded 3 per cent, staff got nothing at all under this formula.

If there was a drafting error then the Council should not have sought to rely on it. It was a clear breach of good faith, cutting across the staff ballot, whereby better paid staff had given up some of their rights to allow lower paid staff the Living Wage.

The Council need to ask themselves some very serious questions about the manner in which they deal with staff and their union representatives in the future.

This represents a fundamental breach of trust.

The Council also sought to cover it up. They only finally told members what had occurred on the Saturday of a Bank Holiday weekend.

So yesterday, in a fit of embarrassment, the Council voted to pay the Living Wage (uncapped) for one year and think again next year.
Posted by Fiona Ferguson at 08:13 No comments:

My many doubts about Andrea Leadsom:
1. Her lack of experience in Government, particularly at a time of great uncertainty and challenge. It is one thing to suddenly become the Leader of the Opposition; quite another to immediately become PM.
2. She has limited support from MPs. We need a candidate who can unite the party and the country, Leavers and Remainers.
3. She has spent 20+ years in the City of London but is happy to front a campaign which has ignored and belittled the advice of the independent Governor of the Bank of England. Astonishing.
4. She has spent 20+ years in the City of London but she does not appreciate the importance of confidence, market certainty, passporting rights and influence over financial regulation to the financial services industry, which is one of our most important exports.  Incredible.
5. She has so far failed to answer the questions raised by Pascal Lamy, the former head of the World Trade Organisation, about her strategy in negotiating new trade deals. This is a key part of the way forward.
6. She has led us down a path with no fair warning as to the great challenges we will face. As an MP her job is safe for now.  Others are not.


Posted by Fiona Ferguson at 09:20 No comments:

This item goes to Transport Portfolio Advisory Committee on Friday 4th July 10am at County Hall (open to the public).
A few headlines from draft proposals for Committee to consider:
Schemes proposed for Trehaverne Terrace and Rosedale area and Hendra areas.
Residents parking permits at between £50 and £80 per year. Additional permits may be more expensive.
On street parking charges may be introduced in Truro. Likely to be city centre.
Estimated (Cormac) costs of introducing all proposed schemes across Cornwall £3.6m including 20% contingency.
Schemes to allow carers to have permits.
Agenda available on line  CLICK
Please contact me with comments or if you want further information.
Fiona Ferguson CC
Blog : www.trehaverne.com
Twitter : @fionaferguson13
07731 548 139

Posted by Fiona Ferguson at 11:03 No comments:

Newbridge Field - fill in a survey on improvements for the field

There is still a week left to have your say on the Newbridge Lane proposals.  The consultation day last week was well attended but please make sure your views are known. The deadline is 18th July. 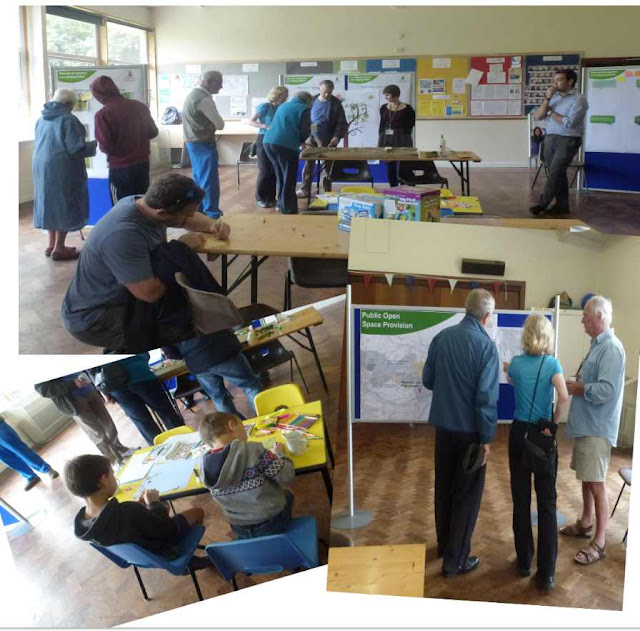 
Posted by Fiona Ferguson at 09:09 No comments: