1. Why did the position get worse rather than better if it was flagged by Audit as a concern in 2014?

2. Is there a pattern to the problem, a specific department, contractor etc

3. Has an assessment been made about the likely risk to the Council?

4. As EU thresholds have not been complied with, could this cause collateral damage in other areas that the Council deals with the EU?

5. How confident should members feel that the situation is now being remedied?

6. When will the Audit Committee look at this to ensure the problem is fixed.


If the Council has 'no money' it would be a complete dereliction of duty to spend money contesting legal challenges of its processes for awarding contracts.
Posted by Fiona Ferguson at 13:00 No comments: 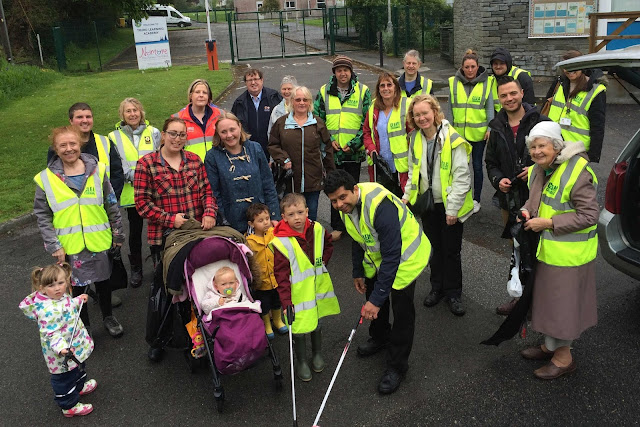 Malabar residents of all ages helping out!  Thanks to all who helped with the Litterpick last Saturday and also to Laurence Reed of Radio Cornwall who gave up his Saturday morning to help too.

Thanks to the County Arms for providing the bacon butties and to Laurence Reed
Posted by Fiona Ferguson at 13:54 No comments:

Council with 'no money' decides to find £250,000 to give councillors a payrise

It was the quickest decision I have ever seen the Council make by a very long way. It resembled a bank robbery. Councillors stood around, some shouting and others in shock. Cllr Wallis called for a vote without debate and more than half the councillors supported him. They did not want to hear anyone speak a few home truths. For example, why allow anyone to refer to the Chief Executive's evidence which implied that we were a lot less efficient as members of a Council than Barnet.

Some councillors (mainly the Chairmen of Portfolio Advisory Committees) were considered to receive too much as 'an extra responsibility allowance' as they did not have much extra responsibility, so the overall rise for a councillor receiving that allowance (assuming he remains in post after the next election) , is smaller.

There now appear to be another 12 councillors who are to receive special responsibility allowances - a combination of introducing allowances to help all those chairmen mentioned above who have not much responsibility and the formation of a new committee.

New committees unfortunately seem to be a bit of a growth sector for this Council (see previous blog).

The Panel recommended these increases to help make standing for the Council more accessible to people who do not have other means of supporting themselves. This is a good ambition, although difficult to achieve, as many candidates will be put off by the fact that they can be thrown out at the next election. So, it is best not to be too dependent on the money.

If councillors actually shared that ambition, and did not think it was just a good excuse for a pay rise,  they would respond to my challenge to make the Council more efficient. Members who are trying to hold down a job or look after children are seriously disadvantaged as against retired councillors who do not have the same pressures on their time - and therefore appear to be happy to take up endless time sitting in meetings, productive or otherwise.


Posted by Fiona Ferguson at 13:42 No comments:

This is how Cornwall Council will select how many members it wants in the forthcoming boundary review.  This diagram excludes the consultants who will also provide evidence. 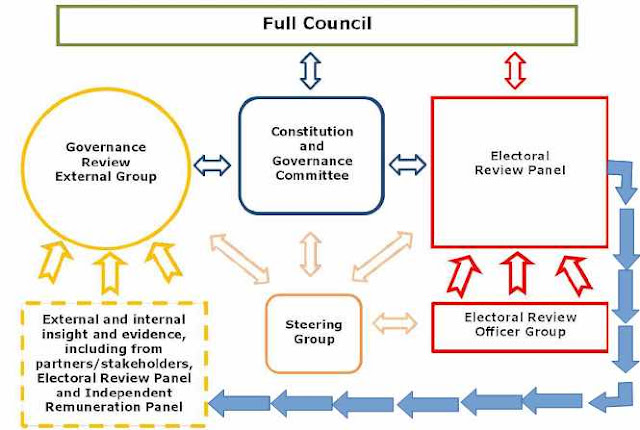 Posted by Fiona Ferguson at 11:27 No comments: