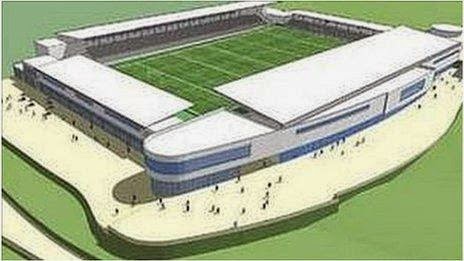 I have submitted an amendment to the (draft) Local Plan for Cornwall, to be considered by Council on Tuesday. This needs to be pre cleared by officers as procedurally acceptable.

There may be a perceived difficulty with including it in the Plan as it was not included in a consultation draft. Many more people have expressed a view on the Stadium than on any aspect of the Local Plan.  So let us hope it is not disallowed because they have failed to 'tick the right box'.

The  inclusion of the Stadium in the Plan would not commit the Council to approve any particular planning application or to spend any money. However, it would, at least, recognise this as a strong aspiration of many people in Cornwall.

If the amendment is pre cleared I would hope that it would gain cross party support.

Proposed Amendment as an additional paragraph to Policy 4 (Community Facilities)
"It is an aspiration of Cornwall to have a Stadium for Cornwall, which also may be used by the community and for education."
Posted by Fiona Ferguson at 22:18