Down in the Dumps over Dudman 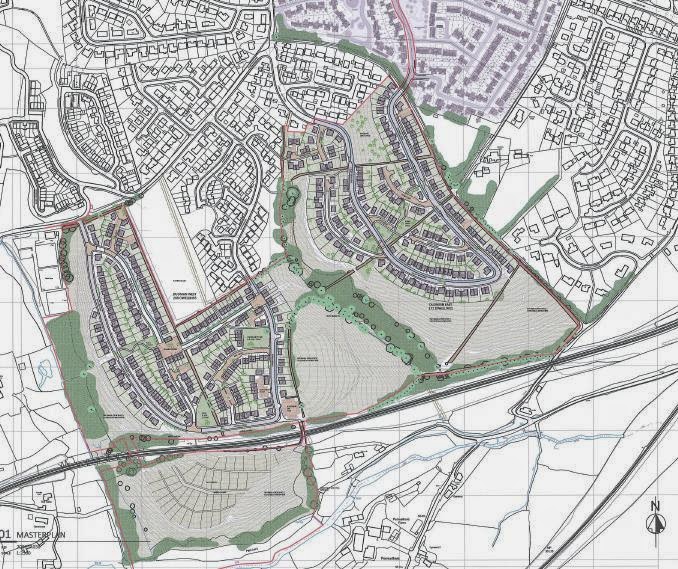 Thank you to everybody who managed to get to the meeting on Friday night.  There were about 130 of us by the time we started.

Comments on the application should be made on line (www.cornwall.gov.uk and then look for Environment and Planning and then On Line Planning Register). Or if you prefer in writing.  I am happy if you send/leave them for me at County Hall and I will pass them on. The application number is PA14/04970.

The Dudman Farm development would be 380 more homes on a greenfield site.

Concerns were expressed on a number of issues (more on that in a later blog) but the overriding issue is the affect on traffic on A390, which is already in a dire state. The Council have not not yet looked at the traffic implications of this using their traffic modelling programme.

Hilarity broke out when I mentioned that the Council calculated that the journey time from Chiverton Cross to Arch Hill (head of Falmouth Road) took 10 minutes at 8.30am in 2012 but was expected to rise to 24 minutes in 2031 (after all the developments in the Threemilestone Development Brief were completed). People found the 2012 'base case' hard to believe.

A crucial point is that the Council have a ransom strip at the back of the Old Richard Lander School which would be the main access to the development so they do have some say on what happens here beyond their role in the planning process.

In the rain on Friday lunchtime a group of residents from Penwerris Road, highways officers and I looked at progress on the bus gate proposal at the head of Treliske Lane. This is a proposal to save the trees between A390 and Penwerris Road.

- the creation of two lanes coming out of Treliske Lane and new traffic lights to allow traffic to come out turning left and right (I think we have now managed to achieve in contrast to the original proposal which forced traffic to turn left only). We would lose about 9 trees on the corner of Treliske Lane to accommodate the two exit lanes and the buses.

- we said we wanted the footpath moved away from the A390 at this point because the buses are close and at a higher road level.

- the junction at the head of Newbridge Lane will become traffic lighted with no roundabout but a through outside Lane for buses. If you feel you may have been here before you would be right!

- we would lose the pedestrian crossing outside the shop through lack of space. We have asked the Council to look at this again.

- landscaping is very important for residents in Penwerris Road.

- buses will stop in the carriage way and not in bus lay-bys. The new thinking is that this prevents buses becoming trapped in their lay-bys but it will hold up traffic.

- the path to the bus stop opposite old Richard Lander School will be improved in gradient and we have asked for a hand rail.

- if there is no pedestrian crossing opposite the shop there may be a case for only one bus stop and that would be near the junction into Taylor Wimpey site.

All this sounds fairly horrendous and hard for a non traffic engineer to work out whether it will work with traffic lights liberally sprinkled as if it were Christmas. But the tree loss is reduced- subject to final sign off from the tree officer.

The Department of Transport spanner in the works, which has cast doubt on the Newbridge Parking Scheme looks a bit closer to resolution. We cannot introduce the scheme until we know that the short term bays are enforceable . Residents' forbearance is appreciated.

Please keep an eye on my blog for updates on the queries I need to get answered.

Thank you one and all, especially Rowley Surridge, for opening up and making the church hall available and to Cllr Chris Wells for chairing. And to those who kindly helped with the delivery of the leaflets.