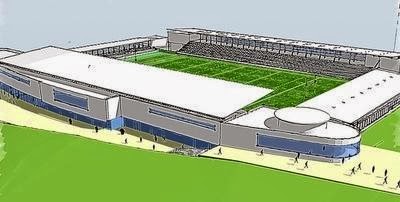 Whatever your view on the Stadium for Cornwall and where it might go, I am sure that everybody will agree that we absolutely must have the stadium site at Langarth either as a stadium or as public open space.

I understood that there was a provision in the planning agreement which allowed the developer/landowner to claw back the land if it was not used for outdoor sport within 5 years.

With all the recent talk about the stadium I asked to see that agreement, which I have had  difficulty accessing on the Council website.  The five year clawback is there but that period has not started yet.

However, to my horror, I found that there is another deadline. The Council has to decide by a date, which could be as early as 10th March this year, whether to take an option over the relevant land for £1. It also must decide who takes the option and which out of two pieces of land to take. If it fails to do this then the Council would end up with a sum of £330,000 instead for open space elsewhere. This sounds a lot but would be nowhere nearly as valuable.

Frankly, I am surprised that the Council has not already taken up this option. It would be
terrible for the deadline to be missed.

I am asking the Leader of the Council to confirm that the option will be exercised in time.
To lose this opportunity by default would be disastrous.
Posted by Fiona Ferguson at 20:42